Please click the above link for more information on the topic descriptions and how to register.

1. Answering Allegations of Your Own Negligence

2. Cybersecurity and Recent changes to PIPEDA

The presentation will generally focus on Corporate Fraud, including employee fraud and how Accountants can become familiar with the signs that they are taking place.  We will discuss a general “rule of thumb” regarding individuals who are likely to commit fraud, review the various categories of Corporate Fraud and then discuss in detail what is referred to as the “Fraud Risk Triangle”, and how this straightforward model can be applied to fraud awareness and almost all cases of fraud prevention.  We will also through real life examples of how the Fraud Risk Triangle could have been applied to reduce or prevent actual real life examples of fraud.

Joe Albert is one of the founding Principals of Albert Gelman Inc., having over 25 years of experience assisting businesses, lenders and individuals through corporate and consumer insolvency related matters.  His in-depth knowledge and experience have been applied in numerous engagements across the spectrum of the Canadian economy.

Mr. Albert is a Chartered Professional Accountant and Licensed Insolvency Trustee and holds a graduate diploma in Investigative and Forensic Accounting from the University of Toronto.

Matt has spent the bulk of his 17-year career advising retail and institutional investors on how to best position their portfolios through a very challenging investment landscape.

In his role as Head of PAG, Matt served as Chair of the RBC Capital Markets Investment Strategy Committee, which among other things, sets the recommended asset mix for RBC Dominion Securities and manages the prestigious RBC Canadian Focus List, a 20 to 30 stock portfolio of Canadian stocks that is the oldest of its kind in Canada (30+ year history) and is widely followed by RBC Dominion Securities and its investment advisors.

For the past two-years, Matt served as Chief Canadian Strategist for RBC Capital Markets where he was tasked with providing RBC’s view on the Canadian equity market as well as contributing to the Firm’s view on the direction of the Canadian dollar, commodities and interest rate policy. In this role, in addition to continuing to serve as Chair of the Investment Strategy Committee, Matt advised instutional investors from the largest pension funds and mutual fund companies in Canada and the United States, as well as a trusted advisor to CIOs of some of Canada’s largest companies.

In his 14-years with PAG and 2-years with RBC CM, Matt was the featured speaker in over 300 client events for RBC DS advisors and their clients, a frequent guest on BNN and Bloomberg Television, and appeared in the pages of Fortune Magazine, the Globe and Mail, the Financial Post and many other publications.

In his five-years as Chair of the Investment Strategy Committee, Matt imparted his strong belief in the value of identifying good businesses with strong management teams, well-defended competitive advantages, long-term track records of compounding shareholder wealth and striking the proper balance between returning capital to shareholders through dividends and share buybacks and reinvesting in the business. This approach paid off as the Focus List generated a compounded annual total return of 13.2% over the period that Matt was Chair vs. 8.7% for the S&P/TSX, despite taking on significantly less risk than the broader market.

Matt was the most accurate forecaster of the S&P/TSX in 2017 amongst institutional forecasters, missing his year-end target of 16,300 by less than 1%. He turned decidedly more bearish toward the Canadian market in late 2017, earning the nickname – “the Bear of Bay Street”.

John is an arbitrator and mediator with ADR Chambers.

John has been a force in the Canadian legal community and in many countries around the world throughout his 40-year career.  He has been involved in many cases “that have defined the interaction between Canadian business and law, from gold mines to boardrooms, from oil fields to isotopes”.  He served as elected Chair of one of Canada’s largest law firms, a four-time elected Bencher of the Law Society of Upper Canada, president of the Federation of Law Societies, and a director and Chair of the audit committee of the CBC.

As arbitrator and mediator, he has delivered more than twenty commercial arbitration awards and conducted mediations in numerous matters, and, as counsel, has been involved in complex multi‑party commercial mediations and arbitrations, including nuclear reactor and co‑generation construction, real estate holdings across Canada, the Walkerton Water settlement, the McCains Family dispute, the propane explosion in Toronto.

He has been arbitrator, mediator and counsel in over 300 reported complex cases, class actions, appeals, tribunal hearings, judicial review, arbitrations and mediations in Ontario, British Columbia, Alberta, Manitoba, Ontario, Québec, New Brunswick, Nova Scotia and Newfoundland.  In public law matters, he has been counsel at the Gomery Inquiry, the United Nations Oil-for-Food Inquiry and in the deregulation of the natural gas industry in Canada.  He has been counsel to the Commissioner of Competition and Minister of Justice, the Ontario Energy Board and counsel before the Securities Commission, Canadian Transportation Agency, Municipal Board, the Human Rights Commission and the Pension Commission.  He has been counsel to two Prime Ministers of Canada.

He is nationally and internationally recognized as one of Canada’s leading senior trial, appeal, mediation and arbitration counsel.

Jag’s practice focuses primarily on Wills, Trusts and Estate Planning and Administration. Working with other professional advisors, Jag helps to ensure that clients’ assets are preserved upon death and that wealth is properly transferred to various individuals and organizations in accordance with their wishes. She regularly advises clients on a wide range of matters including wills, trusts, powers of attorney, subtitute decision making, estate and trust taxation, and estate planning and administration.

She is a trusted advisor in sophisticated and complex domestic and cross-boarder estate planning and regularly advises executors and trustees during the administration of estates and trusts. Jag has a specific focus in estate planning for professionals and owner-manager clients, families that have individuals with disabilities and blended family situations.

While starting her career off in the Corporate/Commercial Group at Aird & Berlis LLP and then working in-house for Procter & Gamble Inc., prior to joining Miller Thomson, Jag practiced Private Client Services at Wilson Vukelich LLP (a business and tax law firm) for the last 9 years.

Jag received her Bachelor of Arts (Honours), from the University of Western Ontario, her Master of Arts, from McMaster University, and her LL.B from the University of Windsor in 2003 and was called to the Ontario Bar in 2004. She also received her Society of Trust and Estate Practitioners (STEP) Certification in 2013. Jag regularly speaks at various seminars and courses and contributes to related publications. She also sits on the Board of Directors for the Mackenzie Health Foundation in Vaughan, Ontario.

Mark Groulx is the President and founder of AIM Group Canada Ltd. Based on an extensive background in corporate and investment banking, Mark has led numerous successful Mergers and Acquisition transactions at AIM from origination through structuring, negotiation and closing in several industries during the past 25 years. AIM sells Canadian, privately owned businesses from coast to coast to buyers domestically and internationally.

Before founding AIM in 1990, Mark spent four years in London, England, where he was an investment banker at two sister firms, Orion Royal Bank and Libra Bank, both owned by Royal Bank of Canada. In these positions he marketed corporate finance products to U.S. corporations and European banks. Prior to working in the U.K., Mark spent the first five years of his career as a corporate banker in Canada, with Bank of America and The First National Bank of Chicago.

Mark is a graduate of the University of Toronto with a Bachelor of Commerce degree and he subsequently earned an MBA from INSEAD in Fontainebleau, France.

Discovernet's main focus is to make sure technology is an asset to your business, not a cost centre. For 20+ years, they have focused on application development and Security. Shawn brings a common sense sense business approach to help companys protect themselves their clients and their data. 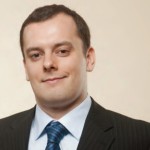 Jason Pereira is a Partner and Senior Finacial Consultant at Woodgate Financial where he caters to business owners and entrepreneurs providing award-winning comprehensive financial planning advice and services. He holds two degrees, seven designations, and has been the finalist or winner of 28 different industry awards including being named one of Canada's Top 50 financial planners for three years in a row, and is the first person in history to win three Global Financial Planning Awards.

In addition to his financial services work, Jason is the host of the Fintech Impact podcast where he interviews fintech entrepreneurs every week, has co-founded two technology companies; Finally Technology & Traksuit, and has become a recognized speaker on Fintech and its impact on the marketplace.